CONGRATULATIONS to REPLY.AI for winning the E20X Judge's Choice Award!

CONGRATULATIONS to BEEKEEPER for winning the E20X People's Choice Award! 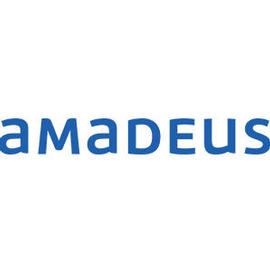 NOTE: Pitching companies were Series A or a startup.

HITEC attendees will not want to miss this opportunity to watch some of the most innovative startups the hospitality technology industry has to offer compete to bring their dreams to life! All HITEC badges, including exhibits-only badges, are encouraged to attend.

Reinvigorating the hospitality technology industry, HFTP’s expanding E20X program features ambitious entrepreneurs presenting breakthrough business concepts to a room full of HITEC attendees as well as a panel of expert judges. HFTP debuted E20X in 2015 at HITEC Austin, where it generated an overwhelming amount of positive feedback, and since has expanded the event globally at HITEC Amsterdam.

HITEC Houston attendees were encouraged to attend, visit the startup’s at the E20X Innovation Lab on the exhibit hall floor. Attendees determined the crowd favorite, or E20X People’s Choice Award, winner by voting for their favorite startup via the HITEC app.

“We loved the HITEC E20X competition,” said David Temple, from Hello Scout Inc., the winner of the Judge’s Choice Award at the HITEC New Orleans E20X competition on June 20, 2016. “It provided us with great exposure and let us get our story in front of lots of people that we wouldn’t have otherwise been able to reach. That the judge’s chose us as the winner was the icing on the cake.”

QUESTIONS ABOUT E20X AT HITEC HOUSTON?